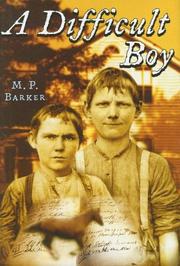 Indentured to prosperous Massachusetts merchant George Lyman, nine-year-old farmboy Ethan Root initially hates working with the moody, sharp-tongued bound boy everyone calls Paddy. His feelings change, however, after he learns that “Paddy” is an ethnic slur (the teenager’s name is actually Daniel) and sees Lyman viciously beat the lad. Soon Ethan himself is feeling the rod as well, but what recourse do the two have against their brutal employer? In 1839, none at all—until Ethan discovers that Lyman has been systematically cheating his customers out of their money, and Daniel out of his inheritance. Cast as the protagonist, Ethan is younger than the intended audience for this tale, but the central figures here are really Daniel and Lyman. Ultimately the former shows hidden depths of character, and the latter turns out to be, if not sympathetic, at least more than a cardboard villain. Though the resolution seems forcibly tidy, the sense that events are taking place in a different time, when people held different attitudes and expectations, comes through clearly. (Historical fiction. 11-13)