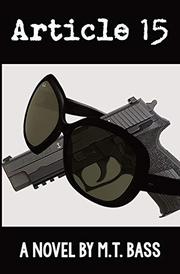 From the Griffith Crowe series, volume 2

A law firm’s fixer finds himself on trial for murder after his latest job takes a deadly turn.

“ ‘We have this client with a…special request.’ Griff shook his head. ‘It always starts this way, doesn’t it?’ ” That’s how this series opener begins, and it’s a mostly auspicious one. Griffith Crowe is “a badass,” a “tall, dark and dangerous” former Navy SEAL and pilot whose past exploits are intriguingly hinted at when his college friend/fellow veteran/high-octane law firm rainmaker calls on him for another “sensitive matter.” “Am I going to regret this––again?” Crowe asks of the request to retrieve a $1 million Jackson Pollock painting purloined by Helena, a client’s ravishing ex-wife. Turns out that’s just a MacGuffin; the real assignment is to retrieve for Helena personal items that belonged to her recently deceased father, including his private journals. That part isn’t too taxing; the tricky bit is that once Crowe gets them, he and Helena become targets. Why? Perhaps her father’s helicopter mishap was not an accident. Suspects include Helena’s estranged half brother, who owns 50% of the shares in their father’s company. The company’s managing director owns a “tie-breaker” number of shares, but he is bumped off. And when a rising young associate at a law firm also winds up dead, Crowe is arrested. All that readers need to know about Bass’ (Murder by Munchausen, 2019, etc.) intended tone for the book can be glimpsed in the author’s photograph, which depicts the novelist pointing a gun at his typewriter. More often than not, his sentences achieve just the right temperature for hard boil, as in this scene setter: “A place where grand strategies” and harebrained “schemes were incubated, hatched and sometimes celebrated, sometimes autopsied.” Or this response when one character is asked about the rationale for shooting someone five times: “Because when I squeezed the trigger a sixth time, it just went click.” Crowe makes for a compelling enough leading man, but the novel’s breakout character is “crusty old country lawyer” E.L. Johnson. His enjoyable courtroom antics strike just the right Matlock note. The Pollock misdirection muddles things early on, and the banter between femme fatale Helena and Crowe is lame, but once those are dispensed with, the story twists and turns with ease. The sequel could use a little more polish and a lot more Johnson.