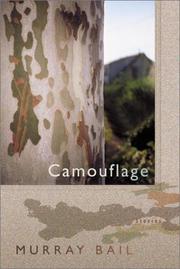 Kitchen-sink realism and fantastic hyperbole are skillfully blended in this entertaining collection of 14 stories by the Australian author of the highly praised Eucalyptus (1998), etc.

Most of the briefer stories, which suggest a cross between Orwell and Kafka, focus on eccentrics and obsessives at odds with either domestic complacency or bureaucratic imperatives—and, generally, those spun from the more bizarre premises work best. For example, in “Life of the Party,” a suburbanite hiding in his son’s tree house spies on neighbors he’s invited to a nonexistent barbecue; “Portrait of Electricity” takes the form of a tour of a museum memorializing a deceased “great man”; and the smalltime investor in “ore” is physically transformed (literally) by his avarice and finickiness. A darker note is struck in “The Drover’s Wife,” narrated by a dentist whose wife had left him 30 years earlier, and who “finds” her again, as the subject of a vividly realistic painting—which reveals, as do his ingenuous memories of her, an irrepressible spirit unforgivably stifled by his own prudishness and dullness. The best of the longer tales include “Huebler,” an amusing fable whose eponymous protagonist aspires to photograph every living human; and “The Seduction of My Sister,” whose unnamed narrator describes his adventure with another teenaged boy, tossing old phonograph records over a rooftop, then catching them as they fall. The “game” escalates, including ever-bulkier objects (and becoming a perfect metaphor for adolescent bravado, rebelliousness, and emergent sexuality), as the story moves surely toward its memorable magical-realist ending. Even better is “Camouflage,” the tale of a passive, self-effacing piano tuner who is drafted into the Australian Army in 1943, and finds muted fulfillment in a menial task that is, in its way, a rudimentary “art.” It’s a wonderful story, reminiscent of Bernard Malamud at his most inspired.

Exquisite work from a most unusual master craftsman who’s one of his continent’s finest writers.