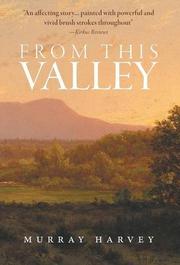 A young soldier, shortly after the Civil War, abandons his regiment to explore the northern Canadian territory and its dangerous prairie lands in this debut historical novel.

Ryan Price Meade has an illicit romance with Priscilla, the daughter of his family’s black butler. After Ryan’s father discovers the situation, he immediately banishes him from the homestead, and he’s sent to serve in the U.S. Army 7th Cavalry Regiment under the command of a distant relation. Following the Civil War, he’s reassigned to a unit under the command of George Armstrong Custer, an idol of his for years. But Custer turns out to be a brutal warrior, and Ryan is horrified when the man orders the massacre of a Native American tribe, including women and children, at the Battle of Washita River. Disillusioned and tortured by his memory of the battle, Ryan flees his post and sets out for Canada. He stumbles upon a sergeant from the North West Mounted Police who’s traveling with a half-Native American, and they help him prepare for a perilous journey through near-lawless lands occupied by hostile warriors, bandits, and unscrupulous traders. Then Ryan receives a tragic epistle from his former butler. Overwhelmed by grief, he rejects the possibility of returning home to join the family business and sets out on his own in search of solitude, more than anything else. Along the way, he meets a young Cheyenne girl he saved during the Washita massacre. The two fall in love, travel to her mother’s clan, and make a new life. Later, Ryan wrestles with a lifetime of demons but remains open to the possibility of new love, peace, and redemption. Author Harvey warns readers in a preface that he plays fast and loose with historical fact. That said, he does a marvelous job of evoking the spirit of the period, particularly in his depictions of the complex relations between whites, blacks, and Native Americans. Over the course of the story, Ryan suffers from Job-like losses, and the sources of his profound discontent sometimes seem too extraordinary and sudden to be believable. His internal tumult, though, set against the volatility of an evolving and unsettled world, is painted with powerful and vivid brush strokes throughout.

An affecting story about one man’s quest to transcend his troubled past.