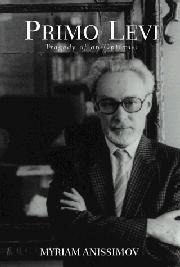 Tragedy of an Optimist

A French novelist’s fine-grained, illuminating exploration of a life lived under the shadow of Auschwitz. Primo Levi (1919—87) is widely regarded as one of the most lucid and coolly reflective witnesses of the Holocaust. He was a well-educated Italian Jew, a native of Turin, whom the SS deported to Auschwitz in 1944. Because of his professional expertise in chemistry and, as he emphasized, through blind luck, the Nazis did not murder him but put him to work. He survived and arduously made his way back to Italy. He returned to his childhood home (until his death he lived in the house he had been born in), established himself in the field of industrial chemistry, married and raised a family. As Anissimov shows, this modest, reserved, and seemingly dispassionate technologist burned inwardly with the “urgent need to free himself from his experience, believing that such a release—never to be achieved—was a moral and civic obligation.” The full-bodied, unsentimental, yet immensely sympathetic image of Levi that emerges from these pages will not startle those familiar with his work (The Drowned and the Saved, 1988, etc.), but it will sharpen and deepen their understanding and appreciation of his writings. Perhaps the strongest point of Anissimov’s accomplishment is her account of Levi’s life from the 1950s to his suicide—if it was a suicide—in 1987. She believes he threw himself down the deep stairwell of his apartment building because of depression, rage, and despair (though the writer left no note), but she also records his comment that Auschwitz failed to destroy his desire to live: “That experience increased my desire, it gave my life a purpose, to bear witness.” In the years since 1945, so many ’survivors” of death camps have killed themselves. Did meaningless suffering finally overwhelm even Levi’s reserves of optimism and sense of mission? Anissimov does not solve the puzzle, but she has admirably set out the pieces for her readers to ponder.