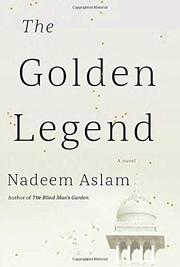 “This world is the last thing God will ever tell us”: an aching, lyrical story of schisms and secrets in present-day Pakistan.

Nargis has something to tell, a secret that she has been carrying for a lifetime. “She had succeeded in concealing herself in the false story she had constructed,” writes Aslam (The Blind Man’s Garden, 2013, etc.), having already suggested why there are many good reasons to hide inside inventions in a Pakistan that is increasingly torn apart by sectarian strife, the muezzin’s call punctuated by denunciations of romance across religious lines as gentle young scholars rush to join the jihadis. There is much violence: Nargis’ Christian housekeepers are still mourning the loss of one of their own, murdered by a man just recently freed from prison as a reward for having memorized the Quran, and now Nargis must deal with grief herself, her husband caught in the crossfire of a gunfight involving a “large healthily built white man.” She has barely a moment to mourn when Pakistani military intelligence agents are at her door to demand that she forgive the American for the death—a demand that carries the implication that if she does not comply, her secret will come spilling out to destroy the rest of her family. Aslam’s story has all the gravity of a tragedy and one of many dimensions: Nargis’ island retreat, once a place of calm where a church and a Hindu temple stood alongside a mosque, is riven by people seeking difference in the place of similarity, as she wonders, “Which God or Gods had built that world?” And indeed, tucked away inside Aslam’s quietly unwinding narrative are snippets of and allusions to religious tales that speak to the wisdom of earlier days—the title itself is one of them—against the unwisdom of our own.

Brooding and beautiful: a mature, assured story of the fragility of the world and of ourselves.