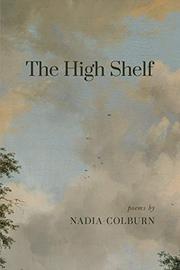 With precise grace, this poetry collection examines cycles of destruction and growth.

In her debut collection, Colburn offers poems (many previously published in literary journals) that tend to inhabit either pole of the natural/artificial divide. The process of becoming is one manifestation of the first pole, as in “Plenitude/Pregnancy,” a nine-part poem—like the nine months of gestation—in which the speaker is expecting in both senses of the word. Her hopes for the future are thrown by recognition of life’s vulnerability. Similar poems bring the poet’s attention to living things and the threats they face. People starve; species go extinct; “Yes, certainly we will destroy ourselves,” she concludes in “The Natural World.” The opposite pole is often represented by the notion of boxes, essentially unnatural spaces that offer safety but captivity. Yet they also offer “the idea of escape itself,” as in Mark Rothko’s painted rectangles, which take the viewer “Inside and inside.” Similarly, natural or creative sterility contains the space for returning vigor: “And when the words came: O Land of the very-seen: / alive and green.” In other poems, Colburn searches for ways to bring her opposites together. In “Explanation of the World,” whose second line gives the collection its title, a high shelf holds “boxes, spaced: just   so,” yet above, below, and beyond is the uncontainable—“firmaments” and “the sound of the sea.” The concluding poems continue to explore the resolution of division by joyfully confirming the power of what is. In “Time Box,” for example, the opening line—“Certainly, the immortal soul”—suggests a counter to the speaker’s earlier certainty of self-destruction. Spare, elegant, and perceptive, these poems are charged with the numinous, a haikulike attention to essence. Some pieces recall Hopkins’ notion of inscape: “The world in-latched. Of-itself made.” Colburn’s lines often hesitate, stopping themselves with a dash, colon, or spaces (“So many, so many, each one: // one:   numberless:”), a powerful silence similar to rests in music or white space in a painting.

Memorable and moving, these pared-down poems have a compelling tensile strength.