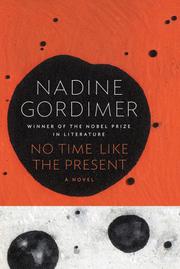 A biracial couple faces both personal and political issues in South Africa after the Struggle.

In many ways Steve and Jabulile seem to have bridged the difficult gap from pre- to post-Apartheid life. They move to a suburb, have two children—a girl, Sindi, and a boy, Gary Elias—and seem to be living the new dream. Steve, a chemical engineer, finds a teaching position at a local university, and Jabu moves from her position as a teacher at a Catholic school to the study of law. Her native language is isiZulu, and Steve decides he wants to learn the language when Sindi is young so he can be drawn even closer to his daughter. But ripples begin to develop in their seemingly placid life, for politics in the era after Mandela is scarcely Edenic. Jacob Zuma is running for president, and he brings with him the political liability of suspicion of corruption by having enriched himself in questionable arms deals. Women are routinely raped, and Jabu is sometimes called in to help in their defense. (She finds out to her horror that one in four South African men have confessed to rape.) On the personal front, Steve attends a conference in London and has a brief but intense fling, thereby violating what had been an unshakable bond with Jabu. With the growing unrest becoming an almost daily part of their lives, Steve begins to look at the prospect of their emigrating to Australia—though he neglects to tell Jabu that he’s even considering this possibility. Against this political and personal turmoil, Jabu has centering conversations with her father, a minister with a long memory of time and history.

Gordimer writes movingly and piercingly about the struggles after the Struggle.