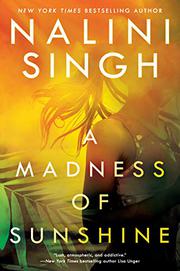 A MADNESS OF SUNSHINE

Soon after a widowed pianist returns to her tiny hometown in coastal New Zealand, a woman disappears, echoing the events of a summer when she was a teenager and everything shifted for her and her friends.

After burying her husband, Anahera Rawiri leaves London to return to Golden Cove, which sits next to the South Pacific Ocean and inside a “primal and untamed landscape.” Anahera has been gone for years, married to a rich playwright, living in London, traveling the world as a classical pianist. She’s remained close to her best friend, Josie, but only vaguely kept in touch with other Golden Cove friends; the teenage dissensions that began along social and economic lines in their group of friends grew into adult schisms exacerbated by betrayals and rivalries. Almost as soon as Anahera settles into the remote cabin her mother left her, beautiful young Miriama, who works at Josie's cafe, disappears. When the village comes together to search for her, Anahera acts as a bridge for the local policeman, Will, who is still considered an outsider, and she soon realizes that her friends and the town may harbor dark secrets: “Everyone has hidden corners of their life, even the people we think we know inside and out.” As she and Will follow the clues and discover more about her friends, the townspeople, and each other, they connect in profound ways even as they begin to suspect the search for Miriama may be connected to the disappearance of three female hikers one summer when Ana was a teenager. Popular romance author Singh shifts to a new genre, New Zealand gothic, in which nearly every character—including the dense, ferocious landscape—has something to hide, and studying them is nearly as fascinating and compelling as solving the multifaceted mystery.

Astute, insightful, and descriptive storytelling; a strong step in a new direction for Singh.