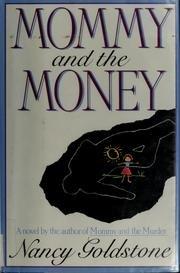 MOMMY AND THE MONEY

Former Wall-Streeter, former Manhattanite Elizabeth Halperin lives with her precocious three-year-old daughter, Emily, in Lenox, Mass., where Police Chief Rudge still believes she killed her soon- to-be-divorced husband Howard, in a murder as yet unsolved (Mommy and the Murder, 1995). Now supported by Howard's considerable legacy, and with Emily in preschool, Elizabeth is trying to write the follow-up to her moderately successful first novel, while being ardently pursued by slick, handsome Jonathan Nichols, developer of a controversial mall planned for the town amid lots of objections. They're well founded, it transpires, when Nichols is found dead at his construction site and turns out to be one Irving Meltzman, an infamous con man from the '80s—transformed in appearance, and the target of a slew of aggrieved investors worldwide. Among them: Professor Alejandro Turmenas and his wife Kristina; Elizabeth's new dreamboat, Englishman Simon Montgomery Smith; and Ed and Frank, a pair of loony ex-FBI agents. Obsessed with finding the number of Meltzman's Swiss bank account, they are soon joined in their quest by a clutch of Lenox investors, headed by landowner Timmy Culpo. A spate of ``accidental'' deaths begins to take a toll on those most closely involved, and it's left to Elizabeth to discover not only the crucial number but the (strangely) overlooked murderer as well. The author's bright, freewheeling style soon becomes an irritant as the plot's absurdities multiply: off-the-wall characters, rampant coincidence, and a killer from left field. Only the affectionately drawn picture of Lenox survives the debacle.