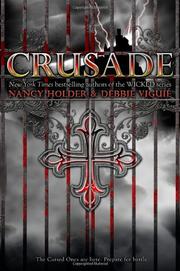 This hefty series opener and literary bottom feeder offers a dizzying blend of dystopian teen romance, fangs and fur, the craft, voodoo and assorted religions and political philosophies. After centuries in hiding, vampires have declared themselves and are wrapping up a largely successful world takeover. Youthful vampire-killing teams trained in Salamanca, Spain, oppose them, including one directed by a mysterious Roman Catholic priest. Members include Jenn, a California teen in love with the requisite high-minded vampire struggling with uncontrollable desire for her; Antonio, said vampire; a Nordic werewolf; a mean-spirited Belfast IRA sympathizer, a British magick-worker and a Japanese Ninja/Buddhist. Armed with martial-arts skills and traditional weapons (stakes, holy water) that they pack in checked luggage to avoid confiscation (presumably by the TSA—but never mind; if logic is a concern, this novel is best avoided), our dysfunctional team flies to New Orleans, where a powerful vampire holds Jenn’s sister hostage. Yes, it’s derivative and violent, but the page-turning action, hordes of sexy vampires and sullen teens qualify this as an end-of-summer beach read for those so inclined. (Paranormal romance. 14 & up)