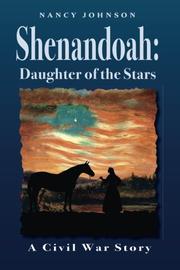 Daughter of the Stars

In this book for young readers, three children grow up in a hurry as the U.S. Civil War rages.
Hannah, 13, lives on a farm in the Shenandoah Valley in Virginia. She, her younger brother, Willy, and their friend Charlie, who is sweet on Hannah, have always spent their time helping on their farms and playing cards with Crazy, a hermit who lives in a nearby cave. But it’s the middle of the Civil War, the effects of which everyone is feeling. Charlie’s older brother died at Gettysburg, his father is an invalid thanks to war wounds, and Charlie is a cadet at the Virginia Military Institute, yearning to get into the fight. Now, the Yankee Army is moving through Virginia, burning farms as they go, and though Hannah’s family is against slavery, they know the federal troops will not spare their farm. Hannah finds herself left behind with her parents as Willy joins Mosby’s raiders and Charlie and his fellow cadets are conscripted into the Confederate army under Gen. John Breckinridge. Hannah’s formerly idyllic country childhood is shattered, and now her courage and ability to survive are tested as the ravages of war arrive on her doorstep. In this, her third book for young people about the Civil War, author Johnson shows war from an adolescent’s point of view. The emotional development comes through for engaging and believable characters as they experience not just war, but also the normal changes that children experience during their teenage years. The writing flows well, with enough detail to be informative without seeming didactic. There’s one minor bump, however, when Willy runs off, with no mention of whether his parents were worried, which seems odd. But overall, the story is a convincing one, presenting the realities of a war zone well, though with a light touch appropriate for a young audience.
A well-told story of coming of age in war-torn Virginia.