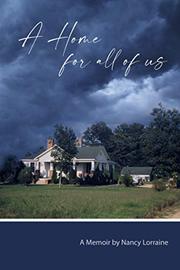 A HOME FOR ALL OF US

In this memoir, Lorraine relates the story of her husband Adam’s traumatic and debilitating brain injury from a car accident and how she found love and support in an unconventional way with a new partner. She tells of her spouse’s prior struggle with depression before his accident and the role that her partner, Michael, played in caring for her spouse later on. (Some names have been changed in this account, according to the author.) Michael’s invaluable assistance, she says, also allowed her to focus on her daughter’s struggle with cancer.The notion of a caregiving spouse’s pursuing an extramarital relationship may be off-putting to some readers, but Lorraine persuasively asks them to withhold judgment as she tells her tale and to look at the whole picture with a sense of compassion. The book includes first-person accounts from Michael and Adam’s friend John as well as poems, songs, photos of letters, a glossary of psychology terms, and the Rancho Los Amigos Cognitive Scale. This is an engagingly written book, for the most part. However, it’s not without its flaws. The perspectives of people other than the author, sprinkled throughout, are helpful but can sometimes be distracting. Lorraine also sometimes goes on tangents that could have been briefer, as in her account of her experience with an unscrupulous professional caregiver. Also, some of the glossary’s terms feel unnecessary; few readers will be unfamiliar with the term grief, for instance.

An unevenly executed but nuanced and deeply human story of devotion.