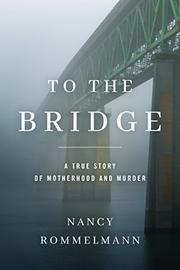 A True Story of Motherhood and Murder

A deep probe into why a mother murdered her child.

On May 23, 2009, why did Amanda Stott-Smith drop her 4-year-old son, Eldon, and 7-year-old daughter, Trinity, off the middle of a bridge and into the Willamette River more than 90 feet below? (Trinity survived, but Eldon was killed.) That was the nagging question that prompted Rommelmann (Transportation, 2013, etc.) to investigate the years leading up to that moment and the fallout that changed the lives of so many in just a few seconds. The author has thoroughly researched the incident and bolsters her analysis with interviews with friends, family members from both sides of the children’s family, Stott-Smith’s legal counsel, and others, revealing a twisted tale of abuse and victimization, drug dependency, affairs, and revenge. Stott-Smith and her husband, Jason, the father of Eldon and Trinity, did not have an ideal relationship by any means, with physical, emotional, and verbal abuse coming from both sides of the marriage. The children, including Stott-Smith’s older son by a previous relationship, were often caught in the middle of their parents’ arguments and suffered greatly for it. Extended family members meddled in the couple’s business, increasing the animosity on all sides, and Jason’s drug use and control issues added more layers to a complex situation. A friend at the time said that Stott-Smith “lived a classic abused life, more mental than physical…Jason controlled her like a communist….He didn’t want her to go anywhere or do anything. She was a prisoner.” Rommelmann’s presentation of all the details, although at times repetitious and overworked, is also unrelenting, as she builds her case toward an almost empathetic end given the emotional and psychological state Stott-Smith was in at the time of the incident.

A painstaking and meticulous exploration of all the facts and conjectures surrounding a disturbing case.