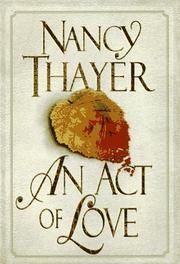 AN ACT OF LOVE

Can a tale of the rape of a teenaged girl by her stepbrother, even when it's told by the author of Belonging, 1995, among other contemporary romances, really be anything but sordid and unpleasant? Apparently not. Novelist Linda McFarland is a happy woman—wife of fellow novelist Owen, mother of Emily, a bright chatterbox of a high school sophomore, and stepmother to handsome 17-year-old Bruce. Living together in Owen's comfortable Massachusetts farmhouse, the McFarlands have worked hard during their seven years of marriage to treat the children equally and lovingly, and have hoped that their guidance—as well as the kids' shared experience of being abandoned by their other parent—would bring the children as close as real siblings. Until Emily's and Bruce's current year at Hedden Academy, an exclusive Boston boarding school, the parents were convinced they'd succeeded. Now, however, they're summoned to a hospital near the school with the news that Emily has attempted suicide. When Emily reveals that the reason for her action is that her beloved stepbrother raped her, Linda and Owen swing wildly between horrified belief in Emily's confession and denial that Bruce could possibly have committed such an act. Eventually, each parent inevitably takes his or her child's side—a situation that leads to a marital separation as Emily prepares to leave the hospital's psychiatric ward and live with her mother. Just at this propitious time the truth about the rape erupts—leading to the possibility of healing for the family of four, and an eventual reconciliation between husband and wife. More off-putting and icky than heart-stopping. Thayer's bland prose style doesn't help. (TV rights to ABC-TV; Literary Guild Alternate Selection)