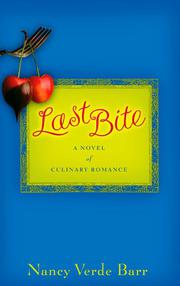 A Novel of Culinary Romance

Young New York chef finds romance and intrigue when she travels to Italy for her television job.

Executive chef Casey Costello handles all the cooking segments for popular daily TV show Morning in America. She and her team support Sally Woods, a much-loved yet feisty food legend, putting together breezy three-and-a-half-minute demonstrations that are wonders of organization. Casey’s personal life, by contrast, is a shambles, and the novel opens with her licking her wounds after being dumped by her dentist boyfriend. Enter Danny O’Shea, a talented restaurant chef/owner who takes a shine to Casey when he is booked as a guest on the show. Casey spurns the advances of the devilishly attractive Irishman for no better reason, perhaps, than to make their inevitable hook-up all the sweeter. Readers don’t have to wait long, as Casey travels to Italy with Sally to shoot a series of TV spots. Danny, who happens to be in Europe for business, shows up at Casey’s surprise 30th-birthday party, leading to a dizzyingly romantic rendezvous in Florence. The two grow close, but she wonders if Danny’s charm is pure blarney. Meanwhile, Sally has inexplicitly taken up with an odious new agent who has managed to alienate all her colleagues and talk her into several bad business decisions. When this shady character shows up in Italy, Casey wonders if there is more to the story and inadvertently uncovers a blackmail plot involving Sally’s late husband Peter, who was a nuclear scientist. It is then up to Casey (with a little help from Danny) to unravel the mystery, save her friend and boss and get them back to New York in time to film their “Baked Alaska” episode. The expertly handled cooking passages add flavor to the standard boy-meets-girl story.