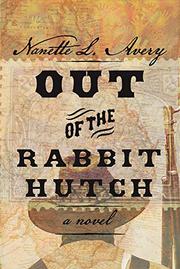 OUT OF THE RABBIT HUTCH

A historical novel weaves a complicated web of interlocking relationships as it shows the gruesomeness of the Civil War and the bitterness of the South’s defeat.

In 1870, five years after the end of the Civil War, Asa Young was committed to a “state lunatic asylum” for “drawing objects of morbid representation” and never speaking. Four years later, he is taken in by Lt. Col. Jameson and his wife, Agnes, in the hope they can “help him get back his wits.” Asa was one of the soldiers Jameson had written Agnes about after the Siege of Petersburg. Now Asa is suffering from PTSD. A deep understanding develops between Flora, the couple’s 10-year-old daughter, and Asa, with the child parenting the man: “Don’t forget to wipe your feet on the mat.” Asa is the thread that connects, in one way or another, the many characters, lengthy subplots, and themes that make up the complex narrative. There is Asa’s father, Neville, who worked on a whaling ship and, through a variety of misadventures, wound up in Australia. He is rescued by Mallabal, an Indigenous Australian who eventually comes to America, where he again faces racial discrimination. Then there are the ex-Confederate Timpson brothers, Lucas and Dennet, “a pair of dog-hungry drifters,” who trigger the novel’s denouement. Through effective battle-scene flashbacks, readers live through Asa’s traumas: his horror at hearing “the pitiful cries” of the wounded horses and seeing the “many crimson tributaries springing from limbs, severed and punctured.” Avery’s (The Fortune Teller, 2018) prose is often wordy, but it creates vivid images. Here is Asa setting an animal free: “He stood before the fence and placed the rabbit by the hole folding its ears down and then nudged the head through. It resisted, so he pushed it again.” As the subplots unfold, the author deftly portrays the harshness of life on a whaling vessel, the destruction of aboriginal culture in Australia, the plight of blacks in post-Civil War America, and even the fight for women’s suffrage. The story’s conclusion is both unpredictable and rewarding.