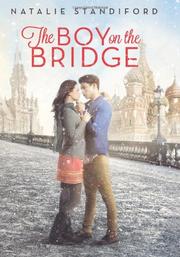 THE BOY ON THE BRIDGE

A young woman studying abroad in Leningrad in the early 1980s falls for a young man she meets there in this uniquely suspenseful romance.

Nineteen-year-old university student Laura is warned repeatedly about young Soviets so desperate to escape to the United States that they’ll do anything—even con American students into marrying them. However, when Laura meets Alyosha, she is electrified. He is the exact opposite of the sarcastic and emotionally distant guy who’s been messing with her head back home. Alyosha earnestly quotes poetry and brings flowers, and soon she’s convinced herself that their relationship is an exception to the rule. While many will need to spend some time familiarizing themselves with an era unfamiliar to contemporary teens, Standiford balances just the right elements to make this story work. Readers will see that Laura’s insecurities, which will endear some to her and likely frustrate others, play into her willingness to believe Alyosha is her true love, but there is such a surplus of mystery created around his background and circumstances that anything seems possible. The mood of Leningrad through Laura’s eyes shifts throughout the novel, the city described in a simple, often elegant style.

An unlikely love story set in an unusual time and place; there are no happy endings or easy resolutions here.