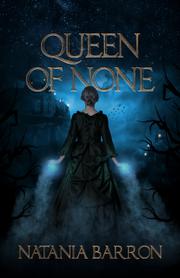 After decades spent in obscurity, an ignored royal discovers how to make an impact late in life in this novel that reimagines the Arthurian legend.

Anna Pendragon has the misfortune of being the only full-blooded sister of Arthur Pendragon. Yes, that famous king. On the day Anna was born, sorcerer Merlin, the manipulator of Carelon, said of her: “Through all the ages, and in the hearts of men, you will be forgotten.” Anna is married off to the much older Lot of Orkney, bearing him three sons: Gawain and younger twins Gaheris and Gareth. Following Lot’s death, Anna returns home, surrendering Orkney’s crown to Arthur. She hopes she will be allowed to settle down with her true love, Bedevere. Instead, at Merlin's insistence, she is forced into an arranged marriage with Lanceloch, the knight who is Arthur’s current crush. Her exiled aunt Vyvian helps Anna to see the power inside of her, an ability to disappear in the shadows. Using a book of spells supplied by Vyvian, Anna creates Nimue, a comely young woman whose purpose is to seduce and entrap Merlin. The trouble is that Nimue develops a mind of her own: She isn’t ready to let go of her short life. Meanwhile, Anna starts to fade away while powering Nimue. Anna must get her creation back on track or perish. Barron, an established fantasy writer, appears right at home crafting this reinvention of Camelot. As the author unveils her new versions of well-known characters, it isn’t essential for readers to be familiar with Arthurian history and myth, but those who are will enjoy her twists. Her protagonist is ideal for providing an outsider’s perspective on the machinations happening in the Carelon court. But Anna’s curse keeps her from being as plugged in as she should be, having to rely on others—such as her half sister, Morgen, Merlin’s apprentice—for intelligence. The intricate narrative begins with Anna’s birth and then jumps forward. The story spans decades and feels a little draggy at times. But Anna’s righteous crusade to save her kingdom from Merlin’s schemes will propel readers past those slow spots.

A captivating look at the intriguing figures in King Arthur’s golden realm.