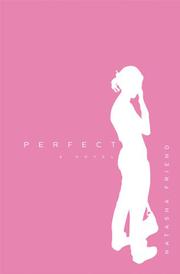 Thirteen-year-old Isabelle has a gaping hole in her life: her father died several years ago, and she has never expressed her emotions about the tragedy. She fills the void by binging on junk food, then forcing herself to throw up all those calories. She also finds a new friend, Ashley, a beauty and the most popular girl in their middle school, when the two meet in a group-therapy session for girls with eating disorders. Ashley has progressed much further into bulimia, and convinces Isabelle to leave her own friends and join the popular gang. As the story progresses, Isabelle discovers that Ashley isn’t as perfect as she had believed. Clearly and simply written with a nice balance of humor and drama, with insight into the mind of 13-year-olds and how families suffer from trauma, this story can speak to girls coping with their own transitions into adolescence. (Fiction. 10-16)