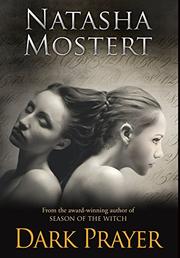 Tasked with investigating a young woman who has forgotten her identity, a man uncovers connections to a secret society.

“Tycoon’s son in brawl,” reads the caption accompanying a photo of Jack Simonetti’s latest escapade. Young, handsome, idle and dependent on his father Leon’s wealth, Jack has no recourse when ordered from New York to London to help out Leon’s old friend Daniel Barone, whose ward, Jenilee, disappeared and lost her memory. Found after more than two years (and now calling herself Eloise Blake), she wants nothing to do with her well-appointed old life; instead, she prefers the dangerous game of living by her wits and practicing “free running,” or parcours. Also a parcoursist, Jack is enjoined by Barone to win Eloise’s trust and convince her to return home. Eloise is suspicious: She’s tormented by hallucinations, half-memories and obsessively remembered numbers, but after Jack saves her life, she accepts his aid. As the two investigate, they uncover links to a secret scientific/mystical society, the Order of Mnemosyne, whose members included Daniel, Leon and Eloise’s mother. The Order ran hubristic experiments that seem connected to Eloise’s current memory problems—but someone wants these memories to remain forgotten, putting her in danger. South African novelist Mostert (Season of the Witch, 2013, etc.) brings together fascinating strands of biology, psychology and mysticism, with astute observations on memory, the past, identity and love. The well-described parcours scenes nicely capture the sport’s dynamic flow—a perfect fit for Eloise’s live-in-the-moment ethos: “Never slow down. If a movement doesn’t work out, don’t agonise over the recovery; just move your body forward. Movement is life. That was what parkour was all about.” Jack’s development from self-centered rich kid to self-sacrificing lover is believably handled, paralleling his growing respect for Eloise’s right and ability to make her own decisions. Mostert skillfully ups the ante with suspenseful episodes of danger leading to a climactic rooftop scene.

A brainy, fast-moving thriller about memory and identity.