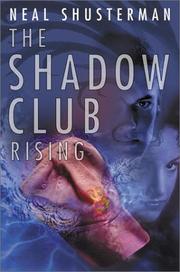 Coinciding with the re-release of Shusterman’s first novel (The Shadow Club, 1988), this sequel addresses the lingering consequences of hatred and revenge. Ninth-grader Jared Mercer wants desperately to be just another kid; but as the ex-leader of the Shadow Club, infamous for terrorizing outstanding students with nasty practical jokes, he remains the focus of lingering suspicion, resentment, and (most disturbing) admiration. His guilt over his actions turns to apprehension when superstar student Alec Smartz arrives, for Alec’s competitive drive evokes as much jealousy as popularity. Sure enough, the pranks start up again—harmless at first, but progressively more sinister—and everyone, even his parents, is convinced that Jared is to blame. In order to protect Alec and clear his own name, Jared must become the monster that everyone assumes he already is. In one of those rare sequels that surpass the original, Shusterman delivers thrilling suspense through probing the dark side of the adolescent psyche. Nuanced characterization ensures that there are no clear-cut villains or heroes; even the upbeat ending has a disturbingly creepy edge. As a remorseful former menace, Jared is a less provocative character than the vengeful bully of the first novel, but he is also much more self-aware and likable. His wry observations on how good people can delude themselves into justifying the most appalling acts seem particularly timely. The mystery and nonstop action will draw teens in; but the uncomfortable questions raised about guilt and responsibility will linger on. (Fiction. 11-15)