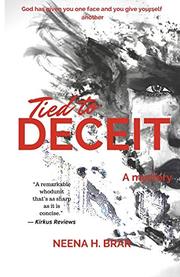 Gayatri Bhardwaj had suspected her doctor husband, Rajinder, of infidelity even before she received an anonymous letter about an upcoming adulterous encounter. She walks in on him and his lover, Devika Singh, who works at Lifeline Hospital with Rajinder, and Devika only exacerbates the situation by claiming that she’s pregnant with Rajinder’s child. Devika later turns up dead from strangulation, and Superintendent of Police Vishwanath Sharma’s investigation quickly leads him to the Bhardwajs. But the murder case is far from that simple. Others on the hospital staff had blamed Devika for a patient’s recent death—she’d contacted police regarding the girl’s attempted suicide, which delayed her treatment. Sharma soon learns that Devika had other enemies with motives to kill her. As he delves further into Devika’s life, it only deepens the mystery and reveals additional suspects, including her estranged spouse, Virat Singh Chaudhry. Sharma rightly surmises that quite a few interviewees are hiding something, and he receives a note that seems to point him toward a killer—or possibly a scapegoat. Brar enhances her taut murder mystery with an engaging setting that effectively incorporates the local culture, as when someone uses a respectful honorific, “Sahib,” for a character they may not respect at all. The narrative is flavored throughout with occasional Hindi, with plenty of context for readers who are unfamiliar with the language. The author reveals her characters to be delightfully complex; for instance, Devika is described as “good, but not always, and certainly not to everyone.” The mystery, too, is involving; interrogations make up the bulk of the story, and although readers know a bit more than Sharma does, they’ll still find identifying the culprit to be a challenge. The smart, believable denouement will have readers looking forward to Brar’s next endeavor.

A remarkable whodunit that’s as sharp as it is concise.