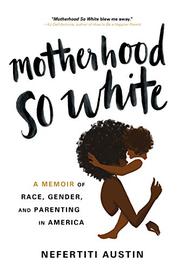 A Memoir of Race, Gender, and Parenting in America

What does it mean to be a single black mother in America?

In her debut memoir, Austin (Abandon, 1996, etc.) examines what it means to legally adopt a black child through the foster care system as a single black woman. The book opens with the author taking her 5-year-old adopted son, August, to a Black Lives Matter rally “just outside the Beverly Hills hub,” where they live. Austin palpably recounts the urgency of this current moment, especially regarding the constant possibility of lethal danger for black people in America. As she notes, innocence is a currency that black children cannot afford. Austin explores how this has been a recurrent theme throughout American history, one that has always created deep trauma within the black community and family structure. She seamlessly weaves her adoption story into discussions of her ideas of motherhood, which are particularly relevant because she was raised by her grandparents after being abandoned by her own birth mother. Austin challenges readers to question the ideal of motherhood as being synonymous with whiteness. Along the way, she tackles the inherent sexism, classism, and racism within the adoption system and the broader community, and she forcefully pushes back against the vilification of the single black mother and the idea of the unwanted black child in the adoption system. Austin also addresses the lack of literary work focused on stories of black motherhood in general and black adoption in particular. During her research, much of what she found centered on white adoption and ignored her unique challenges. Austin closes with first-person interviews with other black mothers who share their individual parenting journeys, helping to further bolster the author’s argument that black motherhood is not monolithic.

An essential addition to the literature about adoption, reflecting a viewpoint that is sorely lacking.