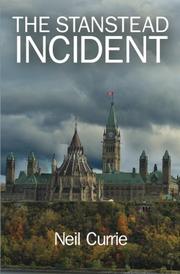 Although many in the United States focus on security at the Mexican crossing, the Canadian boundary is the world’s longest border undefended militarily. Currie imagines a scenario in which this intermittently porous border allows the entry of some nefarious characters. He also considers the strategic importance of the world’s second largest country to the Arctic oil drilling regions. The intricate plotting commences with a meeting of select members of the Canadian government in Ottawa to discuss an upcoming referendum about Quebec’s secession. In reality, two such referendums have failed in previous decades. In this unspecified year, the author presupposes a third attempt by Quebec to gain sovereignty. The meeting ends abruptly when Defense Minister Andrew Fraser, accompanied by his mercurial Francophone wife, receives news of four deadly bombs exploding in apparently random sites around Montreal. Suspicion immediately falls on the separatists, known for prior acts of violence. But with no one taking credit for the attacks, and the peculiar choice of targets, Fraser and his old college friend Mark Rayberg, now on staff at the U.S. National Security Council, try to “connect the dots” as other acts of violence and mysterious incidents occur. The absorbing scenes rotate over a four-month period among Fraser and others in Ottawa and Montreal, Rayberg in Washington, D.C., the president of France and some advisers in Paris, and the Canadian Eastern Townships, which border the U.S. The tension is effectively built with the repeated references to the dates and the sense of impending violence. But the pacing is sometimes impeded by the shifting of locations and characters as well as the explanations of politics and financial dealings in Canada and France. Still, the author possesses keen insights into the affairs of state and injects both bias and humor into his characters at points, including a senior adviser to the French president observing: “The United States basically doesn’t speak anything but English, and, some would say, that none too well.”

An intriguing and effective political thriller about a complex global threat.