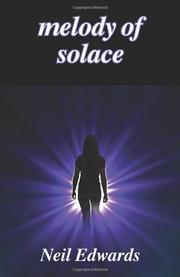 A dead teenager must complete three tests if she wants to return to life—and her beloved girlfriend—in this supernatural romance for young adults.

Small-town Texas teen Deidra Monroe is more than ready to leave high school behind and embark on a new life with Selena, her childhood best friend–turned-girlfriend. When texting while driving leads to a deadly accident, however, Deidra’s hopes of a happily-ever-after future with her “Lenakins” seem to vanish. But after her death, Deidra encounters the Fate Weaver, who explains that she can choose to return to Earth as a spirit; then, if she passes a series of challenges, she’ll come back to life. Deidra eagerly accepts the proposal, but while she can now walk through walls and “verse”—or move forward in time—existence as a spirit is harder than she could have imagined. As Selena enters a destructive downward spiral, Deidra must learn to control her powers to save her beloved. The author capably depicts the intensities of teen romance and first love in this debut novel, the first in a planned series. The character of Deidra marries adolescent angst and rebellion with youthful optimism, making her a believable heroine who’s easy to root for, and the details and rules of the spirit world are well-imagined and clever. Comic relief is provided in the form of Shin, a fellow spirit whose sarcasm and practical jokes mask a dark secret. Yet Selena’s speedy descent into drug addiction—in a matter of weeks, she goes from smoking pot behind a frozen yogurt shop to prostituting herself for cocaine—seems lifted straight from a melodramatic after-school special. And the two leads lack depth: Readers learn little about Deidra and Selena except that they are madly in love, and Selena’s near-complete breakdown after her girlfriend’s death is hardly surprising, since she apparently lacks any life outside of Deidra. The matter-of-fact take on the characters’ sexuality is refreshing, however, and young readers with a penchant for the gothic will likely connect with this story about love that endures beyond the grave.

A fresh take on paranormal romance.