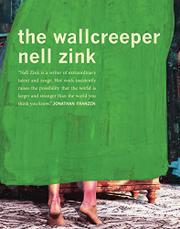 Following her husband, Stephen, from Philadelphia to Bern, Switzerland, for his research and development job at a medical device firm, Tiffany explains, “We didn’t talk much about what we were doing. We had a deal.” They’re both whip-smart, but strangers, and the “deal” for Tiffany in this dark, philosophical sex comedy goes sour from the word go. After Stephen hits a bird with the car, swerves and crashes into a large rock, Tiffany miscarries, and he worries more about capturing the bird—the wallcreeper of the title—than helping her; weeks later, he forces her into anal sex. “I gasped for air, dreading the moment when he would pull out, and thought, Girls are lame.” She half-jokes, “I felt like the Empress Theodora. Can I get more orifices?” but notes, “My sense of depending on Stephen for my happiness had evaporated.” He does offer stability, though, so she stays married since she’d rather not work and has no degree or experience to bank on. They have affairs openly, and after his career goes sideways (drugs, heavy birding), their love survives, mostly as a hypnotic ideal. Moving to Germany, they live apart and become environmental activists, navigating complex public policy on natural resources—a subject Zink mines for humor and a sociopolitical counterpoint to Tiffany’s personal chaos—then reunite for a harrowing trek by donkey through Albania. Tiffany agrees she’s no feminist and doesn’t argue when a friend quips about her life’s trajectory, “My love, you have the attention span of a fish.” But at a remove from the uproarious, inventive and infinitely quotable sentences, Tiffany’s lonely existence careens from sex toward self-knowledge as death breezes by late in the book.

A brief yet masterful novel of epic breadth.