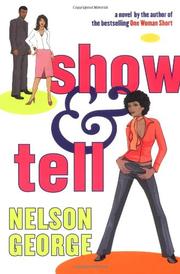 Other epiphanies follow, but first Dean Chance has lots and lots of sex with girlfriend Millie James, a “fine brown lady” who's more than willing to be smeared head-to-toe with melted Godiva chocolate and lovingly licked off. Then, after a post-sex stroll in Central Park, Millie suddenly bursts into tears because she was expecting him to propose. Suave to a fault, Dean makes her wait just a little bit longer before he pops the question. Millie is mollified. Dean is 99 percent sure that she's his one and only, but since he's a TV talk-show producer looking to boost ratings with some surefire sleaze, it's not long before he's tempted to stray. A heavy-breathing interview with a black dominatrix offers a tantalizing glimpse into New York's sexual underworld. A man-of-the-world chat with a swinging black NYU professor who also writes sex books gives him a few more leads, but Dean is distracted by a tawny temptress while buying designer ties at Barneys. Bee Cole invites him into her limo, her apartment, and her bed, where she demonstrates some interesting new ways to knot all that expensive silk. Dean loves the sex but hates himself (sort of) for cheating on Millie and talks it over at the next Knicks game with his buddies. The story gets a little more complicated: Is Millie as faithful as he thinks? Who is the mysterious male stranger in the Internet chat room with that sexy lady? Who made the secret videotapes of Dean and Bee doing the nasty? All is revealed in a who-cares denouement that will surprise no one.

A weird whiff of the ’60s and scarcely a trace of irony or wit. Cross Austin Powers with Shaft and you've got this unappealing hero