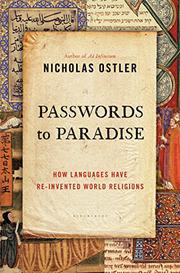 How Languages Have Reinvented World Religions

It is toward this question that Ostler (The Last Lingua Franca: English Until the Return of Babel, 2010, etc.) turns his formidable capabilities as a linguist and historian. To answer this question, the author, the chairman of the Foundation for Endangered Languages, looks at what he deems the three great missionary religions of world history: Buddhism, Christianity, and, to a lesser extent, Islam. In the cases of Buddhism and Christianity, in encounters with new linguistic communities, the religions themselves changed in various ways to accommodate the new formats of communication. Even if core beliefs remained the same, geographic and ethnic differences would occur, spurred on by language. Islam was different in that it demanded the authority of Arabic, and so even in new linguistic communities, the Quran remained the same text; new converts were made to adopt Arabic, at least for the purposes of religion. Ostler provides an interesting discussion of Buddhism’s movement into China, demonstrating how the Chinese significantly added to the religion’s tradition and canon. He also follows the epic story of Christianity’s migration through nations speaking Greek, then Latin, then the tongues of Northern Europe, of Eastern Europe, and eventually the languages of South America and elsewhere. He notes that everywhere Christianity went, new versions of it sprang up or new linguistic traditions were added. The author concludes that, indeed, language has had deep influence on the world’s religions. However, “the languages of the ancient world have died or changed beyond recognition, but many of the revealed faiths of the Axial Age [800-200 B.C.E.] are still with us. Some languages indeed…owe most of their continued existence to the religions they serve.” The author’s brilliance is on display throughout the book, and it makes for an intriguing, if at times bewildering, read.

Impressively vast in scope and content, Ostler’s work is most accessible to fellow specialists but should intrigue dedicated readers as well.