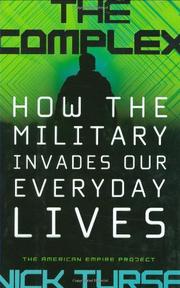 How the Military Invades Our Everyday Lives

Or, buy an iPod, kill an Iraqi.

Freelance journalist Turse hits on a fact well-known to anyone in the film and television business: The military spends lavishly in the civilian sphere, and the private sector rushes to milk whatever it can from the defense budget. In the instance of Apple, he writes, the military equipped flyers and on-the-ground tacticians with PowerBooks. Did Steve Jobs make a push to get his products, and not Bill Gates’s, into the hands of the troopers? That would be a different story, but that’s not the one Turse tells, which doesn’t hold many surprises for anyone who’s been paying attention. The military has funded basic research at universities for a century; a newish development, as Turse properly points out, is that the R&D budget has mushroomed in the last few years, a byproduct of the growth of military spending in general. “Not surprisingly,” Turse writes, “with this kind of clout, the Pentagon can often dictate the sort of research that gets undertaken (and the sort that doesn’t).” True enough, but the same is true when Big Pharma buys drug-discovery research in chemistry departments, or when ADM funds ethanol research, and so on. Another sort-of-new development is the Defense Department’s interest in video games as training devices, which has brought many a graphic-art and game-design graduate a paycheck. Throughout, Turse employs a tone of alarm and indignation. Whereas the military has paid enlistment bonuses since the days of Caesar, in his eyes such an inducement to serve constitutes “a potentially life-changing bribe.” And whereas war has been a constant of human history, Turse professes surprise that innocents should be caught in the crossfire. A typical note: “Of course, many would have no need for high-tech prosthetics if, for so many years, the U.S. military hadn’t pumped so much money into weaponry development, especially land mine research and production.” But did the U.S. military plant ten million-plus mines in Afghanistan, that vast marketplace of prosthetic devices?

For those who like their journalism fevered and their politics pat.