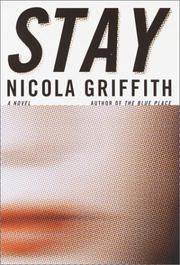 Ex–Atlanta cop Aud Torvingen’s friend Dornan owns a profitable string of cafés, but he can’t keep his hands on his fiancée. Soon after she accepted his engagement ring, business developer Tammy Foster signed on as a consultant with a firm putting up a mall in Florida. Then the calls began: She’d be another week longer, no, three weeks, four; she’d gone to New York to learn from Geordie Karp, the psychologist advising the clients how wide to make the aisles and where to put the most profitable merchandise. Now, nothing, so Dornan wants Aud (The Blue Place, 1998) to round up Tammy and bring her home. Sunk in mourning for her lover Julia, whose shooting death she blames on herself, Aud is in no mood to take on another case, or even leave her shambles of a home. But it turns out to be surprisingly easy for Aud to locate Tammy in New York, and not all that difficult to persuade her shell-shocked quarry to leave. When Tammy recovers enough to start talking about her sexual thralldom to the monstrous Karp, however, Aud realizes her job has only begun. Aud will have to recover the evidence of her enslavement Karp is holding over Tammy, neutralize the evidence of dozens of other equally sordid affairs, and somehow release Luz Bexar, Karp’s nine-year-old “wife-in-training,” from the foster family that’s tending her in backwoods Arkansas.

Powered by grief and righteous rage, Aud succeeds in all these tasks and more—far more than some readers will want—in a darkly revealing, furiously entertaining adventure.