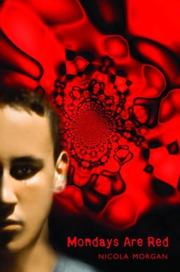 When 14-year-old Luke wakes up from a life-threatening bout of meningitis, he finds that his perception of the world has changed radically: once ordinary words and concepts are now inextricably associated with colors, sounds, and scents. In addition to synesthesia, however, Luke has gained an interior tenant, a creepy creature named Dreeg who appears to be bent on using Luke to achieve total world domination. This goal seems within reach, given that Luke’s new wordsmithing abilities can manipulate reality. Newcomer Morgan vividly exploits the psychedelic possibilities of language made possible by Luke’s synesthesia, but finding a plot to hang on all her magnificent imagery proves to be more of a problem. Dreeg uses Luke’s fairly ordinary feelings as a scaffold for his ambitions, but just how exactly he happens to be in Luke’s head and what the connection is to synesthesia are never made clear to either the reader or Luke. Like a story Luke writes for school, this narrative is more a cool concept than finished plot. A more successful exploration of synesthesia can be found in this year’s A Mango-Shaped Space (p. 392). (Fiction. YA)