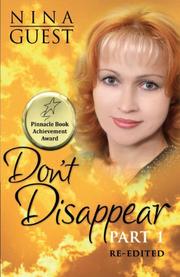 Vicka is in love with her KGB fiancé Sergei Nilovski, with whom she shares an idyllic romance. But when a life-changing decision upends all that she knows and leads her into a world of espionage and intrigue, Vicka ends up kidnapped by a mysterious, rich and powerful man who falls in love with her. Waking to find she’s been snatched away from the life she’s known and the man she loves, Vicka sets out to do all that she can to escape. It turns out, however, that she doesn’t have to do much; her escape, detailed by the author in fast-paced and engaging prose, seems too easy and readers yearning for a more robust and suspenseful plot will be disappointed. The author combines aspects of romance, action/adventure and tragedy to create a layered and emotional story. But some aspects of the novel defy credibility, such as Vicka’s aforementioned escape, which may throw some readers out of the narrative. Guest’s language is fluid and effective, though at times it is apparent something may have been lost in translation. By the novel’s conclusion, readers have witnessed the transformation of this young Soviet girl into a woman of her own making. Vicka may not end up with the life she’s always dreamed of, but she values what she has instead. The author excels at character development, and she clearly understands what makes people tick, grow and change.

The first installment of Guest’s series breathes life into a compelling, relatable character that readers will gladly follow into subsequent volumes.

A CENTURY OF SPIES
by Jeffrey T. Richelson
Newsletter sign-up