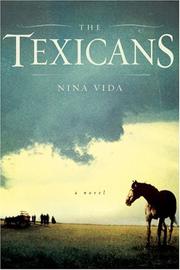 In a story as vast and action-packed as Texas itself, Vida (The End of Marriage, 2002, etc.) follows four strangers who join forces during the lawless years of early statehood.

During the early 1850s, despite rumors of Comanche attacks, settlers are pouring into the new state of Texas. Some, like Aurelia Ruíz, a Mexican widow who possesses healing powers, and Luck, a slave on the run from Tennessee, have no resources save their courage and wits. Others, such as 19-year-old Katrin, have put their faith in an Alsatian Jew named Henry Castro, who promises to build them a new city. Only Joseph, a Polish Jew from St. Louis, wants nothing from Texas except to settle his dead brother’s estate in San Antonio and move on. But when he stops to help the injured Luck, who in turn steals his horse, Joseph is stranded. To the rescue rides the caravan of Europeans led by Castro, en route to the land on which he intends to found Castroville. Resting with them before continuing his journey, Joseph learns that Comanche chief Ten Elk intends to kidnap Katrin. At Castro’s urging, Joseph consents to wed the young woman and take her away. Their wedding day is disrupted by the renegade Texas Rangers, who are losing their authority as government begins to be established in the state. With them is Luck, found sleeping near the Rangers, who intend to hang him. Joseph intervenes, thanking the troop’s suspicious captain for reuniting him with the slave he lost on the plains. Joseph, Katrin and Luck set off to homestead on their own, somewhere far from their enemies. The three become four when Joseph meets the beguiling Aurelia, who works in a shantytown kitchen making tortillas for soldiers.

Rich with period detail, an elegant, character-driven novel about the clash of cultures that forged the Lone Star spirit. Should be required reading in the contemporary immigration debate.