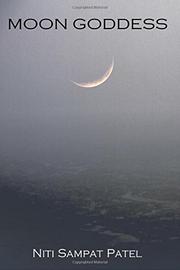 The story begins in July 2008 in Karjat, India. Tara Amin’s mother has recently died “in the pale blue shadow of the lunar eclipse” there, and, even though Tara has recently been living in New York City, she was still very close to her mother emotionally. Tara has a host of fond memories about her as well as about another deceased family member, her great-aunt Mayyaji. The former was simply “practical,” while the latter “possessed…cosmic power” and could heal with her touch. There are many formalities that Tara needs to attend to in Karjat in the wake of her parent’s death, and she also spends a lot of time reflecting on the past and, specifically, her relationship with her mother and Mayyaji. A large section of the novel is devoted to Tara’s 1980s diaries, which reflect on how Mayyaji made her understand “the true magic that life is.” She also has a feeling that her mother’s spirit is trying to communicate with her. Of course, there’s also plenty waiting for Tara when she gets back to New York, where she runs an art gallery called Moon Goddess with her dear friend May. Tara’s boyfriend, Mike, is an English professor whose “life outside his work certainly lacked imagination.” After their relationship dissolves, Tara strikes up a new one with a Lebanese-American photographer named Rachid, who follows no religion and instead “worship[s] the elements.” He takes Tara back to Lebanon with him, where he takes photographs and attempts to unravel mysteries from his own family’s past. In this way, readers travel to disparate countries and encounter a host of characters, some more distinct than others. Questions abound in the narrative: will Mike ever get over his breakup with Tara? Will Moon Goddess survive the 2008 recession? Why is Rachid’s mother so eager to befriend Tara? Why is Tara’s mother’s spirit trying to contact her? However, the book shines brightest in the details of its many settings. From Achrafiye (a district in Beirut) to Zeding (in Tibet), there are descriptions of landscapes, such as the “luminous blue water” of Yamdroktso Lake; of foodstuffs, such as the “bittersweet coffee” of Lebanon; and of many other items. Readers are told about New York City’s Chelsea neighborhood, which was once host to longshoremen “embroiled in corruption,” as well as the story of the seemingly anachronistic housing of Grove Court in Greenwich Village. Such intriguing explanations add to the novel’s high page count of more than 600 pages, but it’s also lengthened by frequently unnecessary dialogue and exposition that may test readers’ patience—as when multiple characters talk about opening bottles of wine before doing so or when readers are told, instead of shown, that “Tara was impatient for answers.” Overall, though, the story explores engaging destinations, even if getting to them can be a cumbersome process.

A story that offers an immersive, complicated international experience, although it does so in an unhurried way.