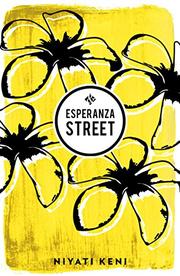 The clash between corrupt developers “lining each other’s pockets” and the residents of the bustling seaport village of Puerto, in the Philippines, serves as the backdrop for a tender coming-of-age story in this contemplative debut novel.

Joseph Santos, a 15-year-old houseboy at Mary Morelos’ boardinghouse, tells the story of Esperanza Street, “one of the oldest streets in Puerto,” where “everyone knew who was more interested in their brother’s wife than their own, or who’d lied about their son’s school grades, or sold their neighbor’s dog,” during a six-month period in 1981. This engrossing novel illuminates the lives of Esperanza’s working-class citizens in chapters resembling high-resolution photographs, with Joseph’s keen eye as the lens. While Joseph confronts the “barkada boys,” who threaten anyone opposing Esperanza’s imminent gentrification, explores his feelings for the midwife’s daughter, and longs for the attention of his proud though distant father, he seeks comfort in books. “I think now that I read with the hope something would finally arrive that would illuminate everything, a single piece of knowledge that would show me how my life was meant to unfold.” As the residents of Esperanza Street rally to protest the transformation of their beloved barrio, Keni nimbly unspools Joseph’s struggle to make peace with his history and heredity, his childhood street that “lulled us all with its apparent constancy,” and his journey to adulthood.

In this luminous, revelatory study on the connection between person and place, Keni knits a delicate tale of an entangled and endangered community.