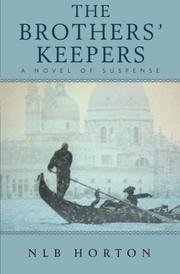 A Novel of Suspense

From the Parched series, volume 2

Revolving around archaeologist Grace Madison and her family of globe-trotting adventurers, the second installment of Horton’s Parched saga and sequel to When Camels Fly (2014) is a highly appealing fusion of spy fiction, eco-thriller, and historical mystery.

When Grace’s adult daughter, Maggie—one of the world’s foremost experts in hydrology—is kidnapped just days before she’s scheduled to present a speech on King Solomon’s treasure in Paris, her family members gather together in an attempt to locate and rescue her. The family—Maggie’s brother Jeff, a war correspondent for the BBC; Jeff’s wife, Becca, a former MI6 agent; Grace and her husband, Mark, a CIA operative–turned–Colorado rancher—mobilizes in France, then follows cryptic messages left by Maggie as they try to figure out who kidnapped her and why. At the center of the mystery are pieces of an ancient scroll that allegedly contain information about the whereabouts of a massive underground water system that, if found, could not only supply water to Jordan, Lebanon, and Syria—“the world’s most highly stressed drought regions”—but also radically alter the political dynamics in the Middle East. The information on the scroll, if valid, is priceless because those who control the water in the region control the oil; more than a few organizations are willing to kill for it. Maggie’s escaping her abductors is just the beginning. With international agencies like Mossad, MI6, and the CIA involved, Grace and her family are forced to run for their lives while also trying to unravel the mystery of the scroll. Although the romance elements seem a little forced and some sequences a bit contrived, suspense/thriller fans will be satisfied with the novel and, indeed, the series. Exceptionally developed characters, vividly described locales, pedal-to-the-metal pacing, and nonstop action and adventure—all powered by a subtle spiritual undertone—make this a page-turner of the highest order.