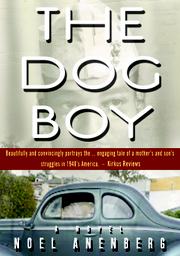 In this historical novel set shortly after World War II, an African-American woman seeks to save her injured son amid racial tension and strife.

Phosie Mae Eaton leaves her home in Galveston, Texas, to visit her son, Will, a wounded U.S. Marine fresh from combat on Iwo Jima, now in a Los Angeles military hospital. Even as a Southern black woman familiar with the evils of segregated society, Eaton is stunned to discover that racial rules and regulations extend to war heroes. She finds that they are kept in a separate house from the white soldiers, banned from receiving whites’ blood transfusions and aren’t allowed basic amenities, such as coffee, from the Red Cross. She finds Will balancing precariously between life and death, as the gunshot wound in his stomach has festered and become infected. Doctors usually treat such infections with an easy injection of penicillin, but the hospital has no “colored” needles due to their treatment of venereal-disease cases (which have skyrocketed due to postwar celebrations). Eaton strives to help her son in any way possible and, in order to stay in California, takes a job as a maid for a wealthy and eccentric Jewish family. Anenberg beautifully and convincingly portrays the contradictions of American society during the period, and he ably juxtaposes Eaton’s mission to save her son with stories of the past—showing a world which, despite many technological advances, has made few discernible social advances. However, some readers might take issue with the lack of cohesion between the crisp, clean first-person narration and the character’s spoken dialogue, which is laden with colloquialisms and intentional grammatical errors. As a result, Eaton’s dialect comes off as more jarring than authentic. This slight misstep is forgivable, however, as this novel delivers a thoughtful, informative story.

An engaging tale of a mother’s and son’s struggles in 1940s America.