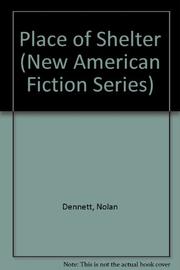 Growing up gay in an Idaho farm town is the subject of this sensitive, sad debut, which shows promise in its clear and often mythical narrative but falters when dreaminess takes over. Beginning with a prologue explaining that the story is ``part truth and part myth and part history'' (what good novel isn't?), narrator/protagonist Clinton devotes eight overwrought pages to his devout Mormon parents—a handsome, persevering father who spent his life working the land of other men; and a beautiful mother who taught her son to love art, books, and music—before finally getting down to the main narrative. That focuses on Clinton's relationship with the school bully, Corey, a tough guy who flashes his penis during recess and pinches Clinton on the bus. When Corey reveals that his father physically and sexually abuses him, the boys become fast friends and Corey moves into Clinton's parents' barn. Idyllic scenes show them swimming in the river, working the fields side by side, sharing secrets, and eluding Corey's father. Eventually, the boys get to know an elusive character called the Vinegar Man, a wine maker and inhabitant of the local shantytown whose life story consumes a large portion of the novel. He gains the boys' respect with his stories about packing in supplies to hungry miners, falling in love with a saloon manager, losing his new wife and child in a freak accident, and becoming a medicine man among the Nez PercÇ Indians. With the Vinegar Man's guidance, Clinton and Corey embark on a Vision Quest to discover their identities and learn to follow the truth. But just when the boys finally realize how much they care for each other, Corey's father reappears, and the newly empowered Corey makes a decision that will carry him away from Clinton forever. Too much nostalgia and not enough substance.