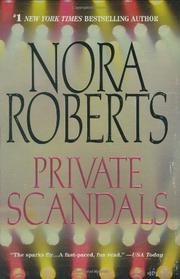 A scheming rival and an obsessive fan convince a TV star that she's a long way from Kansas—in more sudsy romantic suspense from Roberts (Honest Illusions, 1992). Deanna Reynolds and Angela Perkins are both smart, talented, attractive, and ambitious. The big difference between the two talk- show hosts is that Angela is an attention-hungry woman desperate to maintain her fading charms and worshipful audience at all costs, while Dee maintains her Midwestern values even as her Chicago-based show makes her a star and threatens Angela's in New York. Angela, who was once Dee's mentor, has never forgiven the younger woman for turning down her offer to come to New York with her. Even less forgivable is Dee's romance with Finn Riley, a footloose foreign correspondent and once Angela's lover. Finn, who coolly calls in exclusives from a crash-landing 747, shrugs off a bullet wound while he broadcasts live during a shootout, and indisputably earns the nickname "Desert Hunk" during the Gulf War, finds his match in the unbelievably beautiful, desirable, and sweet Deanna. While the two make seismic love on any available surface and Angela plots Dee's downfall in the ratings, a secret admirer (whose identity is more obvious than the author must have intended) writes her love notes. Then, one by one, he begins to kill off all the people who have hurt or betrayed her—and attempts to realize his insane dream of making Deanna entirely his own. A sexy hero whose no-nonsense presence cuts through the vapors and cattiness of the womenfolk and a convincing behind-the-scenes look at TV—both help make up for the weak humor, implausible plot, and trite glitz of this predictable novel.