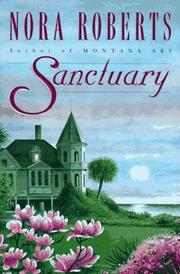 Roberts is the perfect perpetual-romance machine. She churns out an almost inhuman number each year; she meets an annual March deadline for her hardcovers (this one even has the same number of pages as last year's bestselling Montana Sky). And each is lively, sexy, and well researched. Her latest concerns three siblings (the Hathaways) who find lovers and strained relationships while a homicidal madman is threatening their safety. The three live in a beautiful white gothic on the Georgia Sea Island of Lost Desire, which they've turned into an inn. Brian, the eldest—tall, cute, and morose—runs the establishment and is chef of its five-star kitchen. (His father Sam can't understand how a man can enjoy creating a perfect meringue and still prefer women for sex.) Brian fights halfheartedly against the amorous advances of Kirby, the pretty Yankee doctor who runs the island's clinic; the two eventually end up locked in an embrace against her refrigerator door. Meanwhile, the youngest sib, Alexa Hathaway—sexy Lexy, the island princess with the gypsy hair—has failed at acting in New York and come home to waitress and throw a few tantrums. She fights halfheartedly against the honorable intentions of childhood buddy Gift Verdon, who's good with his hands and doesn't let her get away with much. Finally, there is Jo Ellen, a world-famous photographer who's returned to Desire after a nervous breakdown and is fighting a losing battle against empathic architect Nathan Delaney. Twenty years earlier, the Hathaways' mother, Annabelle, had disappeared, abandoning her family—or so it seemed. Now someone is stalking the family, having even sent Jo Ellen a picture of her mother, dead and naked. As usual, the romance is better than the weird violence. There's not much suspense here, but it's good to see that heroines are becoming gutsier and heroes better in the kitchen.