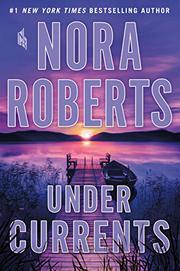 An abused boy fights back, escapes, then returns as an attorney to his beloved hometown, but just as he’s falling in love with a transplanted landscaper, a series of attacks from shadowy enemies jeopardizes their happiness.

“From the outside, the house in Lakeview Terrace looked perfect.” Which of course means that it wasn't. We're introduced to the horrifying Dr. Graham Bigelow, who beats his wife and, increasingly as the boy gets older, his son, Zane. On the night of Zane’s prom, a particularly savage attack puts him and his sister in the hospital, and his father blames Zane, landing him in jail. Then his sister stands up for him, enlisting the aid of their aunt, and everything changes, mainly due to Zane’s secret diaries. Nearly 20 years later, Zane leaves a successful career as a lawyer to return to Lakeview, where his aunt and sister live with their families, deciding to hang a shingle as a small-town lawyer. Then he meets Darby McCray, the landscaper who’s recently relocated and taken the town by storm, starting with the transformation of his family’s rental bungalows. The two are instantly intrigued by each other, but they move slowly into a relationship neither is looking for. Darby has a violent past of her own, so she is more than willing to take on the risk of antagonizing a boorish local family when she and Zane help an abused wife. Suddenly Zane and Darby face one attack after another, and even as they grow ever closer under the pressure, the dangers become more insidious. Roberts’ latest title feels a little long and the story is slightly cumbersome, but her greatest strength is in making the reader feel connected to her characters, so “unnecessary details” can also charm and engage.

Another success for the publishing phenom.