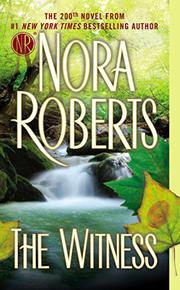 A young woman in hiding from the Russian mob faces a difficult decision when she falls in love with a cop.

Abigail, 28, lives alone in the bucolic hamlet of Bickford, Ark., in an isolated house, fortified with firearms, a state-of-the-art alarm system and a vicious dog named Bert. When the town’s genial police chief, Brooks, suspects Abigail is packing while shopping for gourmet groceries, his curiosity soon morphs into courtship. Although she finds herself drawn to Brooks and to his welcoming, bohemian family, Abigail dares not reveal that her real name is Liz—which is not the only way in which she appears to be Roberts’ answer to The Girl with the Dragon Tattoo. Gifted with an eidetic memory, an IQ over 200 and an affinity for cool, calculated mayhem, Liz/Abigail is a skilled hacker and a highly paid security consultant. In her spare time she investigates the Russian mob and the crooked federal agents who are responsible for her current predicament; whenever possible, she throws virtual monkey wrenches into the mob’s Internet scams. When she witnesses an altercation between Brooks and the wastrel son of a local magnate, she’s thrust back into the horror of the last time she witnessed a crime. At 16, rebelling against an unloving, controlling mother, Liz and a girlfriend, Julie, visited a Chicago nightclub run by the Russian Mafia, where Ilya, son of gang kingpin Sergei, and Alexi, a cousin, seduced them with Cosmos. Later, at Alexi’s lakeside home, Liz was an unseen witness to a hit on Alexi by Sergei’s enforcers, who also killed Julie. Managing to escape, Liz was forced to run again when two dirty FBI agents destroyed her safe house and murdered her guards. A person of interest to both the Feds and the mob, she’s been on the lam for 12 years. Before they can marry, Brooks must help Liz come in from the cold.

A promising start to a series, provided Roberts can flesh out her derivative heroine.