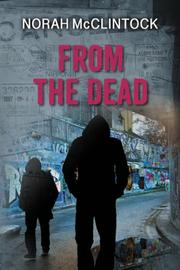 When David McLean dies, leaving behind a notebook filled with code, a dozen different passports and a trail of mysterious clues, his seven grandsons follow seven different paths to try and figure out exactly who their grandfather was.

It falls to Rennie Charbonneau to investigate Klaus Adler, one of his grandfather’s aliases. Other than a fake Argentinian passport, an old newspaper clipping featuring a photo of three Nazis and a hand-drawn map, Rennie has little to go on. But he is determined to find out whether his grandfather was a spy, as his cousins assume, or a Nazi—as they fear. The paltry trail of clues takes him to inner-city Detroit, where he quickly becomes entangled with an old man obsessed with Nazis and his dysfunctional family. If Rennie can keep from getting himself killed or thrown in jail, he might be able to solve a mystery that will free more than just his own family from the past. While the premise is intriguing, lackluster writing robs Rennie’s quest of its energy. Bright spots of suspense are overwhelmed by extraneous detail and a meandering plot.

An intriguing mystery that fails to deliver on its promise.