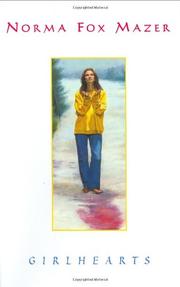 Love and loss, learning to heal after profound sorrow, and finding redemption in family ties are the themes of this well-done effort from Mazer (Good Night, Maman, 1999, etc.). From the haunting first sentence, readers will be captivated by the plight of 13-year-old Sarabeth Silver, who suffers the premature death of her barely 30-year-old mother from a heart attack. Sarabeth, now an orphan (her father died in an accident years before), is taken in by her mother’s best friend and the woman’s husband. Though these people mean well, the living arrangement proves very unsatisfactory. Sorting through some of her mother’s belongings one day, Sarabeth happens upon a telephone book that contains the names of people she’s never heard of. She discovers that these are the names of relatives her mother never contacted or spoke about. Sarabeth has always believed that her mother’s family callously turned their backs on her and her parents, a repudiation occasioned by the couple’s teenage marriage. With the encouragement of very close and caring friends—including a boy on whom Sarabeth has a crush—she musters the courage to travel to her mother’s hometown and become acquainted with her long-lost family. Not only does she discover that there’s no ill will on their part toward her or her parents, but she also learns some other startling truths that reveal her mother in a new light. Sarabeth is herself a well-limned character; she’s very real, though her friends and some other characters come across as too good to be true and the boy she likes is almost too perfect. Still, it’s a fine, sometimes funny, unsentimental read with an ending that will satisfy. (Fiction. 10-14)