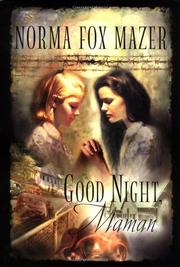 Aimed at readers who have already encountered Anne Frank, this riveting historical novel from Mazer (Missing Pieces, 1995, etc.) is based on a little-known chapter of WWII history. Karin Levi’s story begins in a tiny attic room in Paris in the 1940s, where she is hidden away with her brother, Marc, and their mother, practicing the art of quiet. German soldiers are conducting house-to-house searches, rounding up Jews, and the small family is soon on the run, depending on strangers for scraps of food and shelter. When Maman falls ill, Karin and Marc head for Naples without her; the children board the Henry Gibbons, a ship full of European refugees bound for Fort Ontario in Oswego, New York. Upon their arrival in America, their story turns from one of flight and danger to the happiness and sorrow associated with adjusting to a new language, customs, and schooling, and making new friends. Although it is a shock to Karin, it comes as no surprise to readers when Marc reveals that Maman is dead. Mazer skillfully paints Karin as brave and independent, yet depicts her devotion to Maman throughout, writing unsent letters and never losing sight of her belief that one day they will be reunited. Rather than relying on events and facts of the war and its atrocities to create sympathy, the author paints her central character’s thoughts and feelings, her moments of weakness and her strength, so that the story is stirringly understated. (Fiction. 10-12)