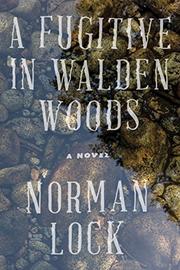 A FUGITIVE IN WALDEN WOODS

From the American Novels series, volume 4

The protagonist of Lock’s latest novel escapes from slavery and falls in with a group of transcendentalist thinkers in New England.

Lock’s fiction frequently takes as its starting point a pre-existing idea or creative work ranging from colonialist delusions to Antarctic exploration and then pushes it in strange and unexpected directions. Each installment of his American Novels series riffs on an existing work or creator of 19th-century art: The Boy in His Winter(2014) sent Huckleberry Finn adrift in time, while The Port-Wine Stain(2016) channeled Edgar Allan Poe’s tales of mystery and dread. His latest novel is among his most restrained works and one of his most powerful. It is presented as the narrative of Samuel Long, a man who flees the horrors of slavery in the 1840s and makes his way north, where he links up with a group of the pre-eminent American thinkers of the time–Henry David Thoreau among them. Lock neatly captures the intellectual collegiality and sharp conversations among his characters. But the novel doesn’t lose sight of the gulf between Samuel and his friends—as someone whose escape to the North cost him one of his hands, Samuel has little patience for the others' more metaphorical invocations of slavery. The novel’s subtle but charged narrative also neatly shows the different social worlds through which Samuel moves and how prominent thinkers can vary greatly. The book’s closing image is a powerful one, both in keeping with the work of some of the literary figures invoked in its pages and in terms of larger questions of race and privilege in America.

Precisely structured and abounding with memorable characters, this novel invokes the past while feeling decidedly relevant to contemporary issues and debates.