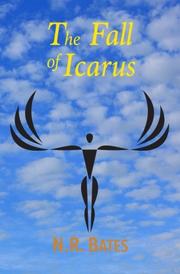 An atmosphere of magical realism surrounds three interrelated short stories about an aberrant elevator, the legend of Icarus, and a girl who can fly.

“Will you tell us a story—a tale of wonderment?” This question appears in the third of these short stories, but all three tell wondrous tales. In “The Elevator,” a young man in Paris for his first business trip finds that his hotel’s elevator seems to have a mind and motion of its own, moving sideways and depositing him in unexpected locations. He has unsettling encounters that remind him of his limitations (for example, understanding art) and losses (family and faith). Looking back, he wonders why he avoided taking the elevator a fifth time. In the title story, a young scientist muses on the Greek myth of Icarus and his own childhood dreams of flying, inspired by viewing Pablo Picasso’s painting The Fall of Icarus. He reimagines the story so that Icarus succeeds—not by flying the recommended middle way, but by improving his father’s wings. Flight again takes center stage in “The Girl.” The narrator, an archivist, is a young woman who can’t remember her own name. She meets an elderly couple and tells them her “tale of wonderment” about a schoolgirl who masters the art of flying, breaking free from those who would ground her. The old woman reassures her that “Eventually you’ll remember your true name.” Bates (At the Sharp End of Lightning, 2015) has a sure and delicate touch. His stories have a dreamlike quality where oddities may puzzle but are taken for granted. Though Bates writes with a lovely crystalline clarity, understanding is elusive for his characters; when the first narrator asks a graffiti artist what his work means, the artist replies, “It means nothing. Why should this mean anything to you? Perhaps I don’t want to be deciphered.” The stories have a mournful sense of lost opportunity or talent denied, especially the first, but the last two hold out hope for retelling one’s story in transformative ways.

Intriguing and enchanting, with the rich allusiveness of poetry.