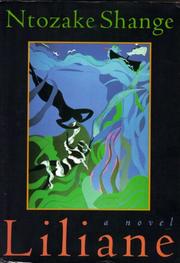 Resurrection of the Daughter

Poet, playwright, and novelist Shange (Betsey Brown, 1985, etc.) offers a portrait of a young black woman's growing-up in her characteristic confessional-mosaic style, but with a deeper and more contemplative cast than in her earlier works. Liliane Lincoln was raised as a child of privilege in the Eastern Seaboard's upper-middle-class black community, the daughter of a judge who expected her to attend a good university, marry well, and carry on the struggle for respectability in a racist world. Though she has indeed become an intelligent, passionate visual artist, Liliane finds herself still struggling to untie the psychic knots engendered by her father's defensiveness, the fears and prejudices of her social milieu, and, most importantly, the death of her beautiful mother when Liliane was a child. Only through a series of probing therapy sessions does Liliane begin to realize that her mother didn't die but left her family for a white man, and that her father preferred to pronounce his wife dead than to acknowledge this fact. Liliane's sessions with her therapist alternate with the colorful, impressionistic recollections of her best friends: Bernadette Reeves, a scrappy New Jersey girl who describes Liliane's high-class social life with a mixture of envy and outrage; Roxie Golightly, a Southern belle who dreams of a rich husband but is murdered by her Cuban lover; Lollie Malveaux, Liliane's earthy cousin, who views the secretive Lincoln family with healthy skepticism; and Lollie's sister, Hyacinthe, whose vengeful fantasies of murdering white ``crackers'' land her in an asylum. Liliane adds her own vivid evocations of such former lovers as Jean-RenÇ, a luscious Guadaloupean concert pianist; Victor-JÇsus Mar°a, a Puerto Rican with radical political views; and Sawyer Malveaux III, a rebellious son of old Creole money who is shot to death in East St. Louis. The result is a multifaceted portrait of a complex young woman—and a multicultural generation—coming of age in America. Flamboyant, passionate, and richly textured—an original and memorable work. (First printing of 85,000; author tour)