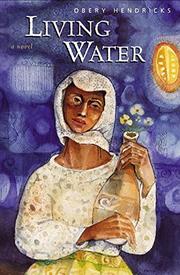 An unusual first novel by Hendricks, immediate past president of the Payne Theological Seminary, depicts the life of a minor character in the Gospel of St. John.

The Woman at the Well appears only once in the Gospels—in the fourth chapter of John, where Christ, asking her for a drink of water, says he can offer in return “the living water” that will satisfy her thirst for all eternity. From this brief episode, Hendricks fleshes out a fully imagined biography of the woman, named Maryam, from her early childhood during the Roman occupation to her new life as a disciple of the Messiah. He creates a portrait of an entire world, as well—one where women are treated as chattel by men who can, and do, divorce them at will. Maryam, known throughout her village as a gibora (wild girl), is a spirited and independent woman who finds wifely submission difficult—and is often discarded by her husbands as a result. Like most abandoned women of the time, she faces a stark choice—prostitution or remarriage—and most men willing to marry divorcées are no great catches. For Maryam, then, it comes as something of a shock to find that Christ not only speaks to her as an equal (no Jew of those days would have spoken to a woman in public) but also entrusts her with the mission of taking the good news of his preaching back to her village. As a disciple, she transcends role models entirely, since (as St. Paul says somewhere) “in Christ there is neither male nor female.”

An intriguing idea, yet Hendricks’s debut never comes to life. The device of having the characters speak in southern black patois (“They’re all raggedy and boys be throwing rocks at them and people be ignoring them and everything!”) is disconcerting, and Christ himself sounds more like New Age guru (“Prepare yourselves to be vessels of love”) than savior.